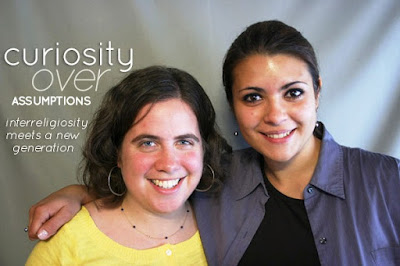 As Catholics, the 21st century has plenty of indicators telling us why we need to meaningfully and lovingly connect with all of humanity, the majority of whom doe not see the world or the extraordinary actions of God in quite the same way. Our faith mandate is understood in the face of war, spiraling violence and bigotry. It says even more about our incapacity, or denial in front of the pluralism of faith worldwide and our hesitancy to understand this pluralism as a jumping point to a new humanity. In the United States, there is a strong new force of dialogue among faiths that we must learn about, participate in, and invite Catholic parishes to engage in similar way in their own communities.

In the public radio program, Speaking of Faith with Krista Tippet, we are granted a glimpse of this. The introduction to the last show says:
“From time to time we take a look at projects that defy the narrative of religiously-driven conflict that is the beat of the news. Krista speaks this hour with two young women, Malka Haya Fenyvesi and Aziza Hasan, who co-direct NewGround: A Muslim Jewish Partnership for Change. They take on conflict, and honesty, as part of real relationship. We shine a light on what they are learning in the microcosm of Los Angeles — and on a larger universe of innovation of which they are part.” Listen to the program and read more…