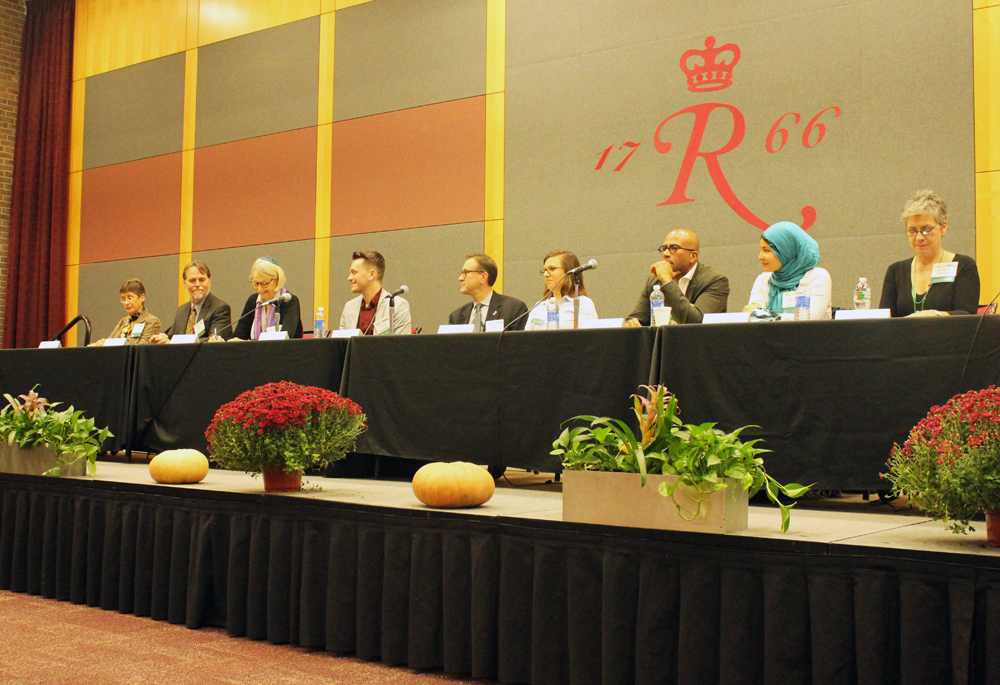 Jessica Xiao is Project Assistant for the American Humanist Association and this article was take from TheHumanist.com. The Xaverian Missionaries USA collaborated with the AHA in this wonderful project which we hope we create new circles of dialogue, collaboration, and action.
“Common ground” is a term that gets used a lot and certainly has positive connotations. Of course, what underlies the attempt to find common ground with another individual or group is the admission that something separates you in the first place. The Common Ground 2015 conference held last Thursday on Rutgers University’s New Brunswick campus in New Jersey was an earnest, lighthearted, and successful attempt by the Xaverian Missionaries and the American Humanist Association to foster an open space for honest dialogue between religious believers of all backgrounds, secular humanists, and nontheists of all stripes through panel discussions and work-shopping.
Before you stop reading because this is all just a bit too touchy-feely for you, consider what AHA Executive Director Roy Speckhardt said in his panel presentation about our ability to shut down and close our minds:
“Sometimes atheists and freethinkers are among the worst at unthinkingly lumping all Christians and Muslims together as if billions of people could have monolithic views. Just reminding them of this obvious statement helps bring people back to reality. We have to recognize the true variety out there, which gives us the chance to work in a coalition large enough to make a positive difference. I firmly believe such a strategy is far more effective than efforts at conversion.”
Panelists were tasked with the challenge of condensing their years of learning and experiences into ten minutes of speaking time on topics like finding meaning in life, where we derive our ethics and values, best practices for collaborating in diverse environments, and best practices for social activism (I’ve listed some of my favorite takeaways below).
Panelists and attendees then worked together on topics of their interest, some prompted by issues raised in Q&A and in pre-written case studies—like affordable housing, reproductive rights, combatting stereotypes, separation of church and state, and religion’s influence on running for public office. Others formed impromptu groups, driven by their own specific commitments to social activism—such as a group formed around the Black Lives Matter movement and another to address Islamophobia.
The conversation did not end that day. Just as the Xaverian Missionaries did with their early reprisal of Common Ground in Scotland in 2013, we are assembling a journal to gather and share the reflections and learnings at the event.
If I was previously even a touch skeptical about the merits of this kind of approach to collective action, I now firmly believe in its necessity. As much as I would like to pat the organizers on the back for the well-balanced panels, for the emergence and reemergence of particular themes, the coalescing of ideas from secular, luminous, anecdotal, and clinical or research-driven perspectives into a universal language seeking “truths” in the human experience, we could not have expected the day to be guided by a common endeavor so visceral it translated directly into the intent behind every interaction: to share in experiencing “being human” and acting on behalf of humankind. As Arun Gandhi said, “Everyone is in the human family.”
It’s about time atheists and humanists joined the interfaith dialogue. Too often we are uninvited or worse, dismissive and close-minded to the value of caring together. As Dr. Will Storrar, the Common Ground moderator and executive director of the Centre for Theological Inquiry in Princeton, New Jersey, put it:
In our dialogue, humanists and religious together, we have been cultivating our common ground: a common commitment to common action on common concerns—the flourishing of our common humanity and the preserving of our common planet. And we made “JAM” from the fruit of our cultivation: Joint Actions Memos that set out common actions we can take to tackle our common concerns. On our common ground, we launched the new JAM-ming movement of humanists and religious believers, respecting our differences, affirming our commonalities, and collaborating for the common good. Let’s JAM! 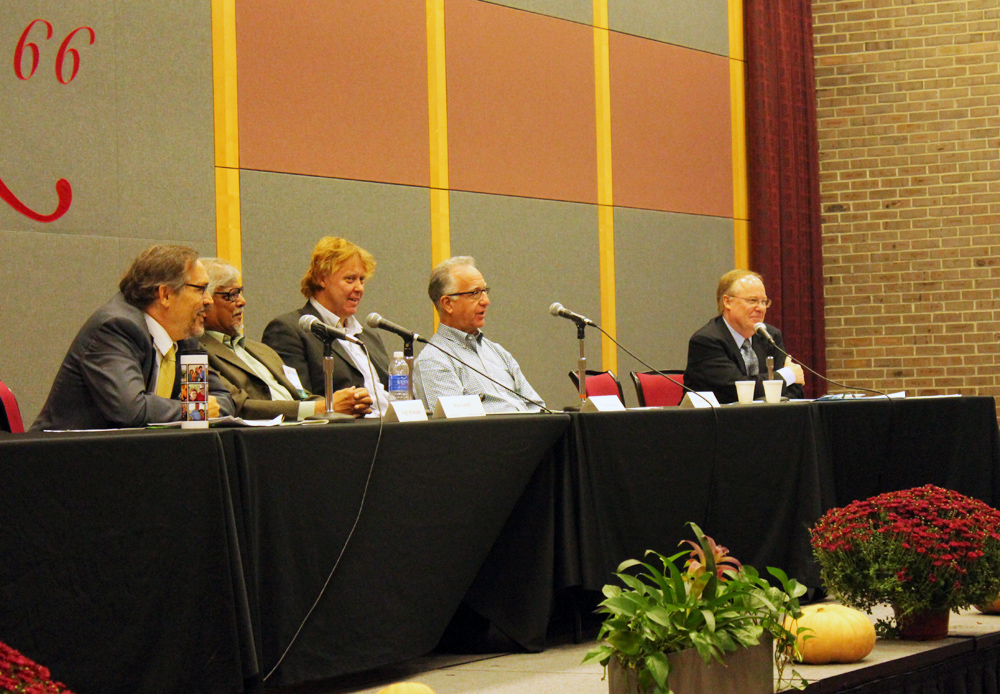 Takeaways, Redefinitions, and Reflective Questions
Though these takeaways can be attributed to multiple sources throughout the day, I’ve referenced panelists who most directly spoke on certain topics and identified which panel sessions were most relevant to them (they are linked to the conference videos on the American Humanist Association’s YouTube channel).
Finding meaning (or purpose), whatever the source, is positively related to wellbeing and prosocial tendencies. (Panel 1, David Bryce Yaden, Dr. Julien Musolino)
Religion’s role, as seen in the eyes of many panelists, is to act as a human-made construct from which moral “truths” can be distilled from fiction, a way to contextualize an individual life as being part of a whole and interconnected, and a way of seeing existence through mortality. The question is whether one’s truths and beliefs are working in practice. (Panel 1& 2, Rabbi Nancy Fuchs Kreimer, Fr. John Sivalon)
That doesn’t mean there aren’t forms of belief that are conversation stoppers. We are capable of criticizing institutional religions and the idea that atheism is a prophylactic against stupidity. But we should aim to negotiate without patronizing each other and without forcing each other to betray our lifestances and beliefs. (Panel 1 & 2, Rev. Dr. C. Welton Gaddy, Dr. Julien Musolino, Dr. Declan Mulhall, Dr. Anthony Pinn)
Ethical Culturists and Unitarian Universalists believe in “deed before creed.” We can escape theological debates when working towards a common goal when we focus on outcomes, rendering the question “can one be good without a god?” inapt when the question should be “how can one be good?” But, is process just as important as outcome? Should benchmarks of success be motivated by the process? (Panels 2 & 3, Hugh Taft-Morales, Bart Worden, Dr. Anne Klaeysen, Dr. Anthony Pinn)
Separation of religion and state is crucial. (Panels 1, 2, 3)
In order to be a good ally or supporter of a movement, you must (1) educate yourself, (2) build relationships, (3) be an agent of cultural change, and (4) show up. Also, get good at telling stories. (Panel 3, Rabbi Nancy Fuchs Kreimer, Nadia Hassan, Dr. Sarah Spengeman)
Secular and religious leaders shared touching lessons about how to be a good ally in other social movements, deliberated whether outcomes are more important than the process and the struggle, and shared personal experiences of social activism as an individual or within their respective organizations in Session 3: Leaders Speak Out! 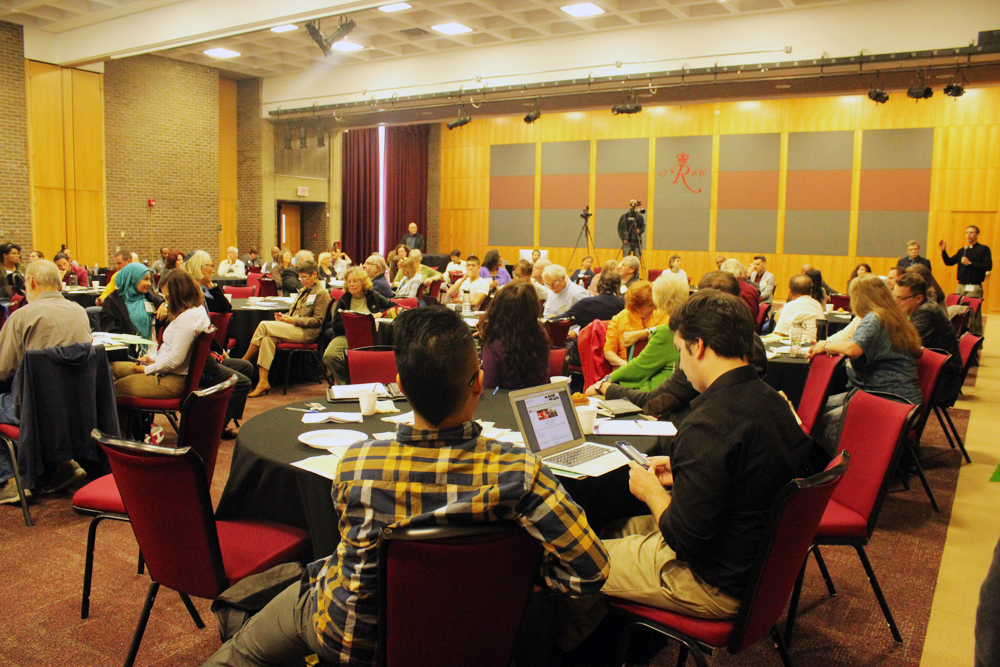 Panelists and attendees “JAM” together on social issues during the afternoon workshop. 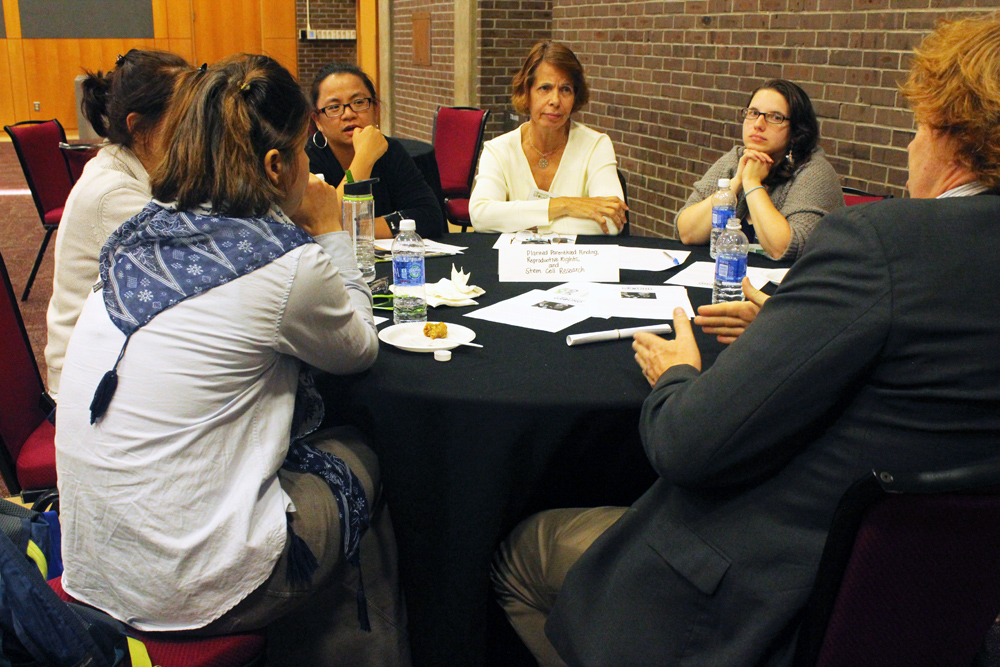 Panelists and attendees “JAM” together on social issues during the afternoon workshop.
Jessica Xiao is a Project Assistant for the American Humanist Association.