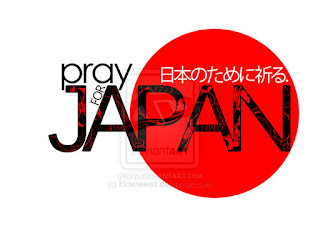 Recently, one of our missionaries, Fr. Mike De Roche, working in Miyazaki, Japan wrote the following on the relief work of the Catholic Church in the wake of the terrible devastation there:

Thanks a lot for the mail. I’m fine, and here in MIYAZAKI where I live, fortunately we didn’t have any problem with the earthquake, tsunami, or nuclear emergency. However, we are so worried for our Japanese brothers and sisters that was hit of this disaster.
The Catholic Church in Japan is rushing to support victims of earthquake and tsunami  with prayer,  solidarity and practical aid. Japanese church officials are setting up an emergency center to coordinate humanitarian aid operations in Sendai, the area most devastated by the March 11 earthquake and tsunami. The center will be managed by Caritas Japan and will draw on the resources of numerous Catholic volunteers who have come forward in the wake of the disaster. Japan’s bishops, meeting in Sendai March 16, decided to establish the center and initiate additional relief efforts under the supervision of Caritas.

“The biggest buildings in Sendai withstood the very strong earthquake. The greatest damage was caused by the tsunami. The panorama of destruction is striking. Now we’ll have to roll up our shirt sleeves. People are expecting our help,” said Fr. Daisuke Narui, executive director of Caritas Japan.

Narui said he was encouraged by the enthusiasm of Japanese youth offering to help the displaced. “Young people are continually coming to Caritas from all the dioceses to offer their availability as volunteers to bring aid to the areas most affected by the disaster,” the priest told. “This is an important sign that gives us hope for the future.” “Today the dominant feeling is fear,” Narui said. “The biggest concern is that of the nuclear power plant in Fukushima. It is a ghost from Japanese history coming back to haunt us. But it must be said that the people are not indulging in panic; instead, they are reacting with poise and dignity.” He said although many people had been evacuated and others were being asked to stay in their homes, “in the worst-affected areas the main problem is the lack of food and fuel. As there is no fuel, people cannot move. And they are left feeling powerless in the face of this tragedy.” The campaign of solidarity for the victims of the earthquake and the tsunami that struck the north of Japan takes in Catholic schools, associations and institutions, with the intention of raising funds to help the displaced.

Fr. Narui said:  “Our work is to show love and solidarity especially to the people most vulnerable, such as the elderly, migrants and homeless. We are working with NGOs. Currently we are called to give a testimony to unity and closeness to all human suffering. We already know that the response by the faithful to our appeal will be very generous. It is a terrible disaster, one of the worst in the country’s history. In the northern area, most affected, there are already more than 7,000 recorded deaths, hundreds of casualties and internally displaced persons.”

Caritas mobilized straight after the tragedy: “Immediately after the earthquake and tsunami, we held an emergency meeting by teleconference. The priority now is to gather information from affected areas, but it is difficult because telephone and power lines are still down. The diocese most affected is that of Sendai, but we have not received any reports from the Director of the diocesan Caritas, and this is of great concern. For this reason we are assessing the possibility of an impromptu mission there,” said Fr Narui.

Reflecting on the aftermath of the drama, the priest explains: “I believe in Japan currently, marked by the economic crisis, struck by the social phenomenon of depression and suicide, this painful event may be an opportunity to spread the values of the Gospel, that is, the fraternity of all men and women, the building of common good, the recognition that every person has the dignity of a child of God and is important in the eyes of God. If, with our work and our witness, we can communicate that, then from this evil will come good.”
After the magnitude 9 earthquake, reactors at the Fukushima plant were hit by explosions, and Japanese officials were working to avoid leakage of radiation. They ordered evacuations for hundreds of thousands of people.

Earlier, Bishop Martin Tetsuo Hiraga of Sendai told that many area residents, cut off without electricity and with some phone service just restored, were unaware of the worsening situation at the Fukushima plant.
“You living in other countries have a much better idea of the tragedy,” the bishop told. “We are terrified,” the bishop said. “We only have the government announcements, we have no other source of information. We don’t even know what has happened to our parishes in the towns and villages along the coast. We have no way of contacting them. I can only hope that the people of my diocese can stand together and be strong enough to overcome this disaster.” Bishop Marcellinus Daiji Tani from the Diocese of Saitama, one of the dioceses most affected by the earthquake, said:  “The greatest damage was reported in Sendai, but my own Diocese of Saitama, a little to the south was also affected, fortunately without human losses. Of particular concern to us is the situation of the nuclear power plant in Fukushima. But we must take courage, with the help of the Holy Spirit. At Sunday Masses throughout the country, we will remember the victims, the wounded and the displaced. As a Christian community, we are ready with prayer and solidarity.”

The Bishop said:  “This sad event reminds us that life is in the hands of God and that life is a gift from God. It will be a challenge for all of us to practice and witness to the commandment of love and brotherly love, in this time of Lent.” This is what our parishes are doing and the situation of the dioceses affected. The great news from here is that all the country are involve to help the victims, and another countries are support Japan in this bad moment. We believe in Jesus, and we pray for this people. May them can see the lightning face of Jesus, as Peter, Jacob and John sow in the gospel today. 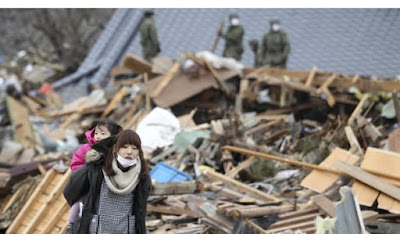 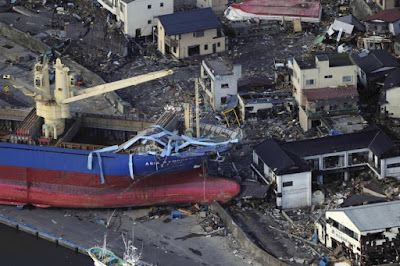