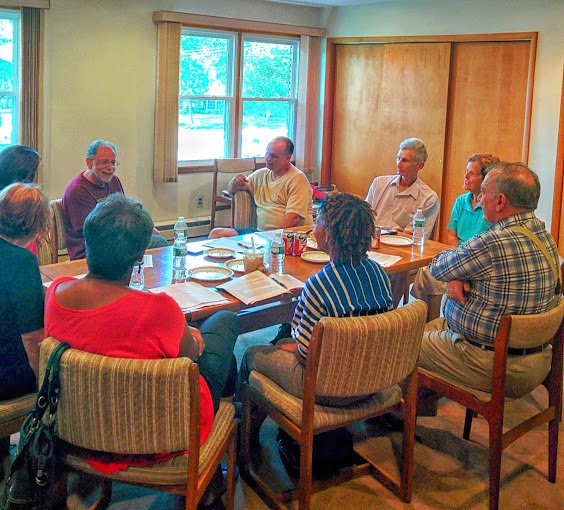 The Xaverian Missionaries undertook a special project of dialogue between atheists and religious believers a couple of years ago called the COMMON GROUND PROJECT. It began with the organization of an international conference at our Conforti Institute in Coatbridge, Scotland in November 2013. Since then a number of interesting developments occurred with our work in the United States. The first was our desire to bring together a group of humanists, atheists, agnostics and religious believer of different traditions in the north New Jersey/New York area who would come together in a special MEETUP monthly seeking our “common ground” with each other. We are gathering regularly for almost one year now. Recently, working together with the American Humanist Association and the Humanist Department at Rutgers University,we plan to organize an atheist/theist dialogue conference for one day at the university in the fall of 2015.

The Desire to Connect in a Pluralistic World
In all of this is the deep desire among very diverse people to connect with each other in meaningful way that transcends surface stereotypes. In our  hyper-differentiated world where our diversity and pluralism seems threatening to so many, here we have a cadre of people who wish to honor that plurality by exploring its meaning through dialogue. Groups like this on the surface, who appear so different in how they view themselves and the world around them may seem to be unlikely dialogue partners, but the deep ardent need to bridge the chasms of divisions among us often wins out. It is the power of human love.

It should be mentioned that these religious and non-religious people are of course complex. Many atheists are indifferent to religion and others like Chris Stedman are doing excellent work to bridge this cultural divide. There are also lots of atheists within religious traditions such as Buddhism and Unitarian Universalism. Furthermore, there are several terms that atheists and religious people use to describe themselves. In other words there is no simple “atheist” or “believer.” Some religious people are theists while others reject a interventionist God and are panentheists. Many non-believers identify as agnostics, atheists and skeptics or a combination of these. It’s a complex landscape for sure. 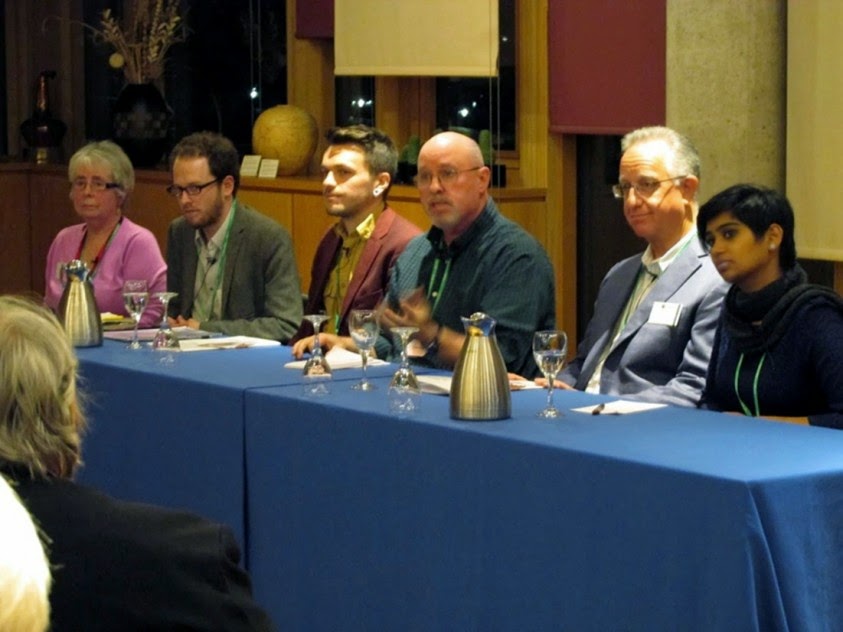 Changing our Minds about Each Other
Within this complexity is a fundamental issue: we know so little about each other in truth. Yet, in our walled off worlds of religious and non-religious persons, we think we know all we need to know about each other. Many religious believers fall under the false notion they understand the true nature of atheists and have assumed a battle between faith and secular culture is in order. In this “battle” most of the talk is among themselves. At the same time, the New Atheists and ardent religious fundamentalists fuel circles of hostility and animosity to say the least. Unfortunately, short slogans like “religion is evil,” and “atheists are going to hell” still frame the discussion. It is time for a new frame.

In my personal experience as a Catholic missionary priest, immersed in this secular/religious dialogue, I have come to realize more and more that my values are not so different than the values of my atheist friends. Notwithstanding our differences and disagreements, we hold much in common. Ethics, morality and concerns for our common humanity, along with the many ways we all find hope, assurance, inspiration and wonder at the mystery of life bind us together in many important ways. Pluralism isn’t relativism; it isn’t the erasure of differences, or even its embrace. It is the recognition that differences exist, and that the resolve to engage them is a good thing, a necessary thing.

Chris Stedman and Reza Aslan in an article entitled, Violent’ Muslims? ‘Amoral’ atheists? It’s time to stop shouting and start talking to each other wrote: “Research shows that simply knowing someone from another religious or ethical group often leads to more positive views of that group. That’s why personal relationships are indispensable when it comes to changing how we talk about religion and atheism. When you know and admire a Muslim or an atheist (for example), it no longer makes much sense to make sweeping generalizations about either group as made up of fanatics or bigots. The logic of blanket statements falls apart when you’re confronted with the diversity of lived religious and nonreligious experience. 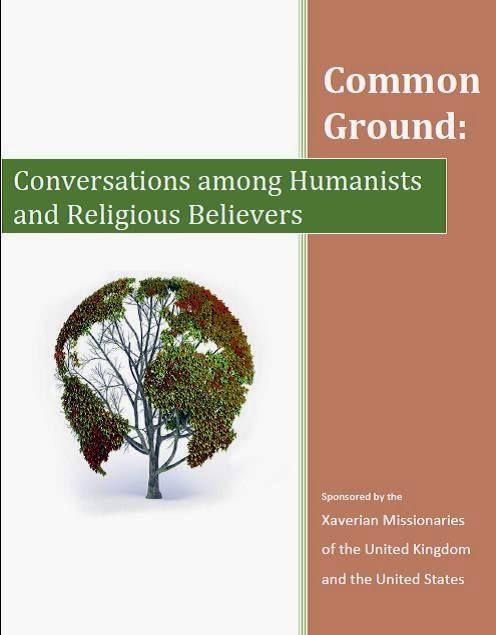 St. John Paul II shared: Since the beginning of my Pontificate, accepting the wealth of stimulating ideas offered by the Second Vatican Council, I have wanted to develop the church’s dialogue with the contemporary world. In particular, I have sought to foster the encounter with non-believers in the privileged area of culture, a fundamental dimension of the spirit, which places people in a relationship with one another and unites them in what is most truly theirs, namely, their common humanity. To this end, convinced that the synthesis between culture and faith is not just a demand of culture, but also of faith, in 1982 I created the Pontifical Council for Culture with the intention of strengthening the Church’s pastoral presence in this specific, vital area, in which the world’s destiny is at stake at the approach of the third millennium; at the same time, I wanted to promote dialogue with non-Christian religions and with individuals and groups not claiming any religion, in the common search for a cultural communication with all people of good will (Letter to Cardinal Agostino Casaroli, Secretary of State, 20 May 1982; Insegnamenti, vol. V/2, 1982, pp. 1777 ff.).

This concern finds it roots in the desire of Pope Paul VI who in wrote of the necessity of dialogue with the world around us (Ecclesiam Suam 72, 77, 78, 79, 93) and who set up the “Secretariat for non-Believers
“. Recently Pope Francis adds in the Joy of the Gospel: “As believers, we also feel close to those who do not consider themselves part of any religious tradition, yet sincerely seek the truth, goodness and beauty which we believe have their highest expression and source in God. We consider them as precious allies in the commitment to defending human dignity, in building peaceful coexistence between peoples and in protecting creation.” (257)

The common rhetoric in Catholic circles has been about apologetics and “defending” ourselves against the onslaught of secular culture. Imagining this “battle” as if we needed to justify the existence of God (God can take care of himself I believe) or that our values based in our faith are in complete contradiction to the values of humanists and atheists says more of what we do not know about each other than what we do. Framing our religious/non-religious relationship as a forum to disprove deeply felt convictions of each other are not only a complete waste of time but squandered precious time where friendship, connection, and collaboration are not only much more possible but the most meaningful mandate of the gospel we profess.

The Evangelical Challenge
It is in this light that we engage ourselves in the important conversations that need to take place between religious and non-religious. In the last 40 years or more, where dialogue is understood as crucial in universal church teaching, our ability as leaders to bring these important assumptions of contemporary mission into the hands of local church leadership, families and mandated organizations in the pews have been less than stellar. It is in these local family and community realities where the “rubber meets the road” as it were and where guidance and resource for individuals navigating our diverse world is most needed. It is on the local level where culture is transformed. The gap that still exists often between universal teaching and what occurs in local parishes and communities has handicapped efforts enormously in the real needs of the mission of the church in many places worldwide and perpetuated outdated notions of what mission is today in the minds of ordinary Catholics that have hampered zeal and new creative outlets.